In Japan, Ningyo, means “human shaped,” and specifically refers to traditional Japanese dolls. Japanese dolls serve many different purposes from ritual functions to starring in theatrical dioramas and public performances. The Hina Matsuri Ningyo associated with Girl’s Day and the warrior forms associated with Boy’s Day have been showcased at the museum. This exhibit showcases the rich traditions of Ningyo and the theater. Ningyo, both entertaining in and of themselves and commemorative of various theatrical traditions, have been a part of Japanese culture for many centuries.

Traditional Japanese theater is highly unique to Japan. It takes several different forms, each a highly formalized method of storytelling with rich history and meaning. Men play both male and female roles.

Noh theater, originating in the 14th century, is a spiritual drama, combining symbolism from Buddhism and Shinto and focusing on tales with mythic significance. It was generally performed for the elite aristocratic class. Noh uses masks, costumes, and various props in a dance-based performance.

Third Shelf: Traditional Japanese dolls representing an Actor in the role of an Old Woman, and an Actor in Confucian Chinese garb.

Please stop in to see this beautiful display in our side gallery! 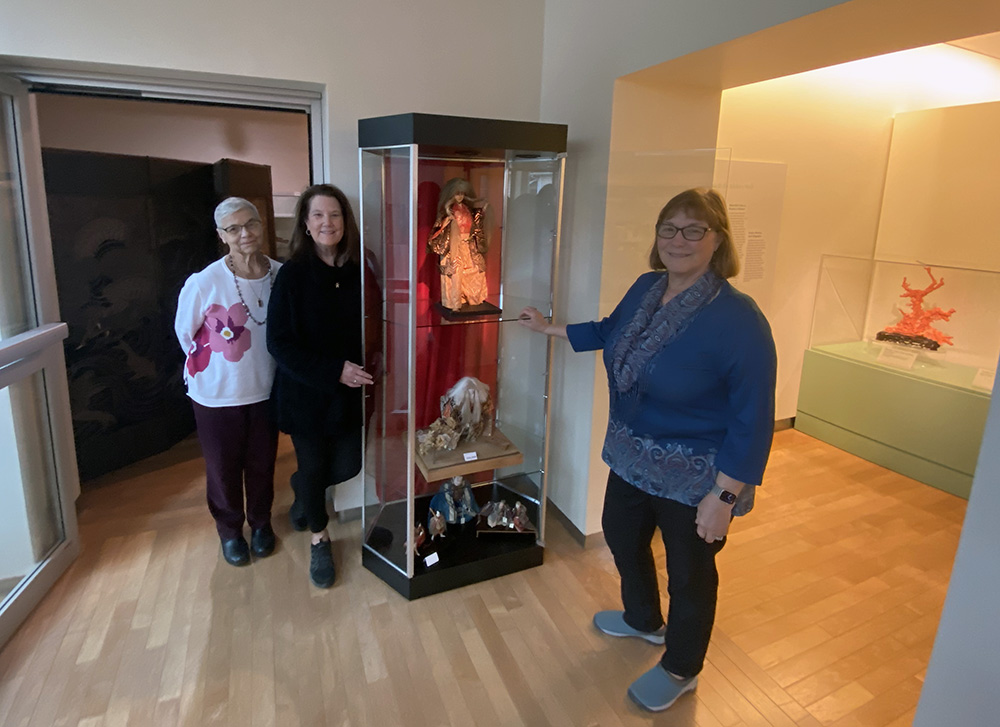 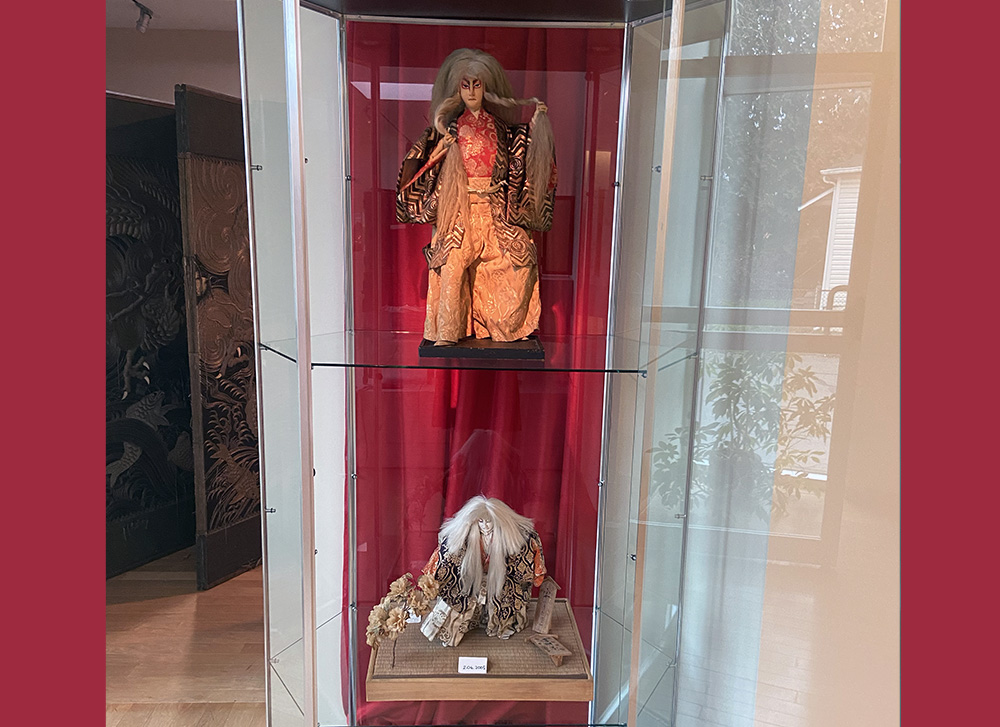 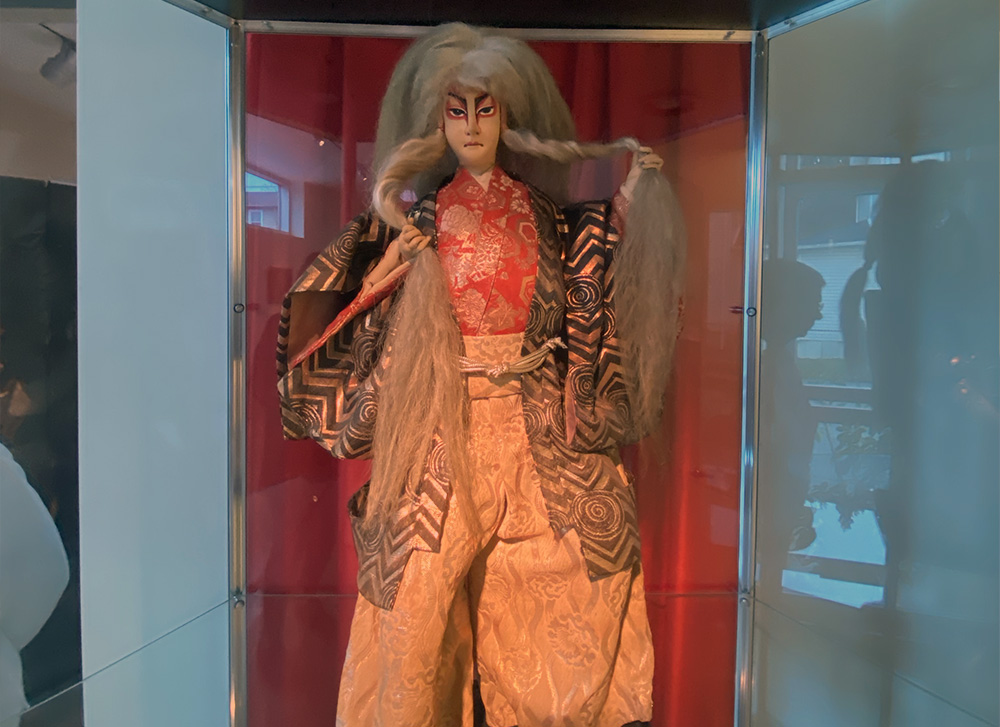 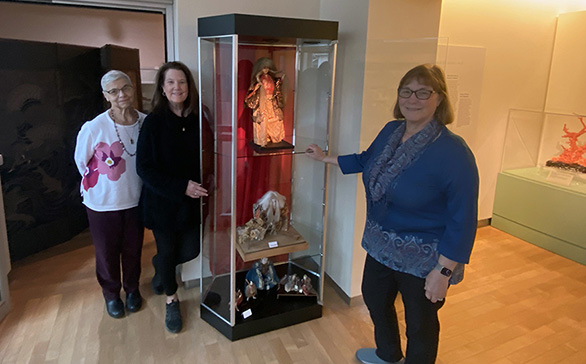